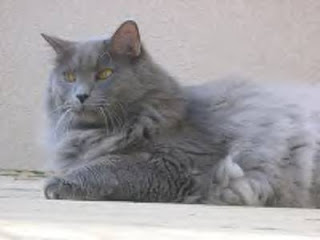 Tonight massive kidney failure suddenly took away our sweet Wylie, Sir Wylie of Wyles, Earl of Ashencoat. With no prior symptoms it's been a big shock and everyone here is devastated including a 3-year-old young lady who is very upset.

Naturally she doesn't understand what it means to never again see shy Wylie snoozin' around the house in his favorite spots with neck ruffery fluffed out like a regal Lion King. It will be a difficult and ongoing lesson for her.

Yes, Wylie was the most unassuming of kitty cats, one of the mildest yet beautiful felines you'd ever want to meet, and he will be much missed.

Sir Wyles never had a bad meow to say about anyone. Ever.

So RIP, Wyles. You did your kitty work well. 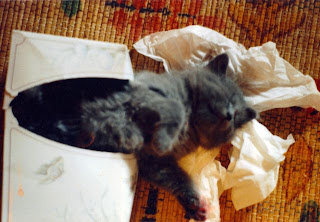 Too much play tires out a baby Wylie!